This page has test score data from 2017.  Looking for the most up to date information?  Check our PARCC Score Reports page.

If you are evaluating schools for your child in grades Pre-K through 5, you would want to consider both Elementary Schools and Grammar Schools.  The chart below shows data on test scores from Grades 3-5, and as a result, allows you to compare Elementary and Grammar Schools on an equal footing by focusing on the grades and PARCC tests in common.  The chart displays the mean of the school’s standardized test scores for grades 3-5, as well as the percentage of students performing at each level in those grades.  Click each chart from a desktop computer for better resolution. 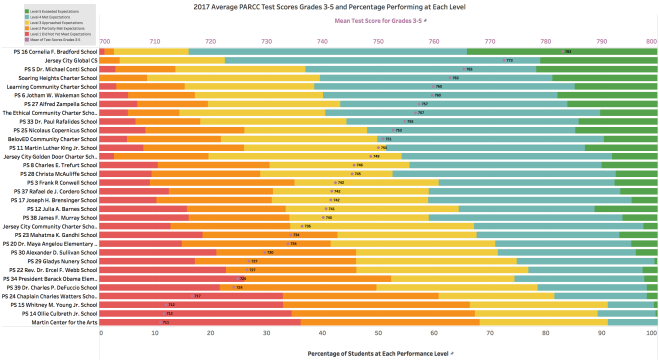 If you are instead evaluating schools for your child in grades 6-8, you would want to consider Grammar Schools, Middle Schools, and Middle/High Schools.  The chart below shows data on test scores from Grades 6-8, excluding test scores of 8th graders taking the Algebra 1 PARCC test, and as a result, allows you to compare all eligible schools on an equal footing by focusing on the grades and PARCC tests in common. 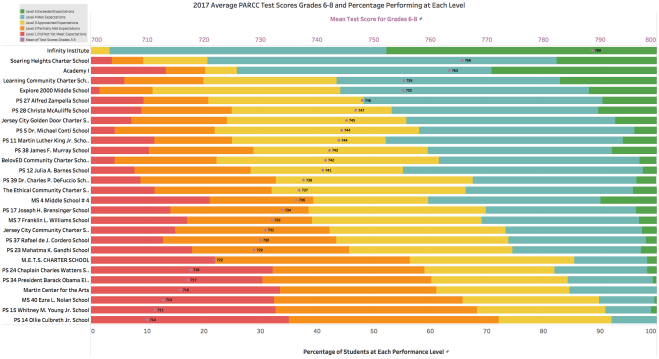 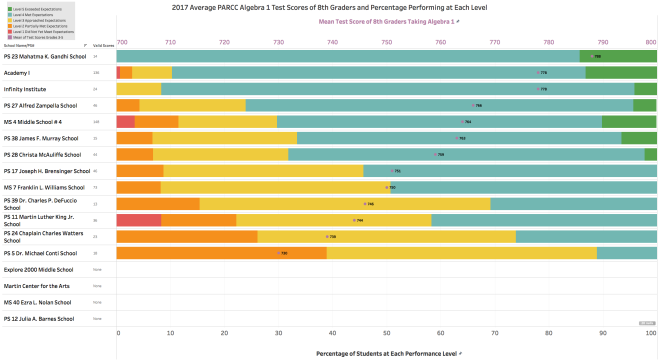 If you are evaluating high schools, you might want to review the test scores of only the high school students within a school.  The chart below shows data on test scores from Grades 9-11, excluding, for example, test scores of 8th graders of the same school taking the Algebra 1 PARCC test. 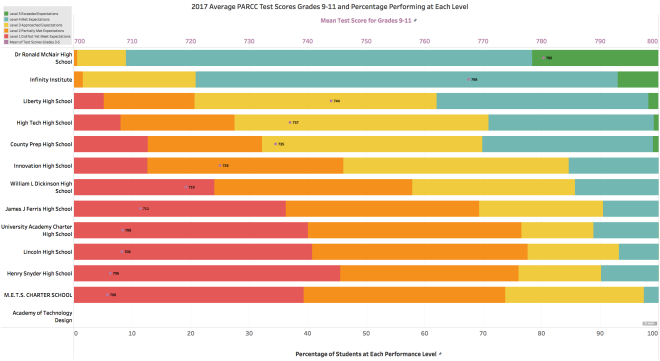 The following chart attempts to summarize all 2017 PARCC test score data into a single data visualization to compare each school against its school type peers. 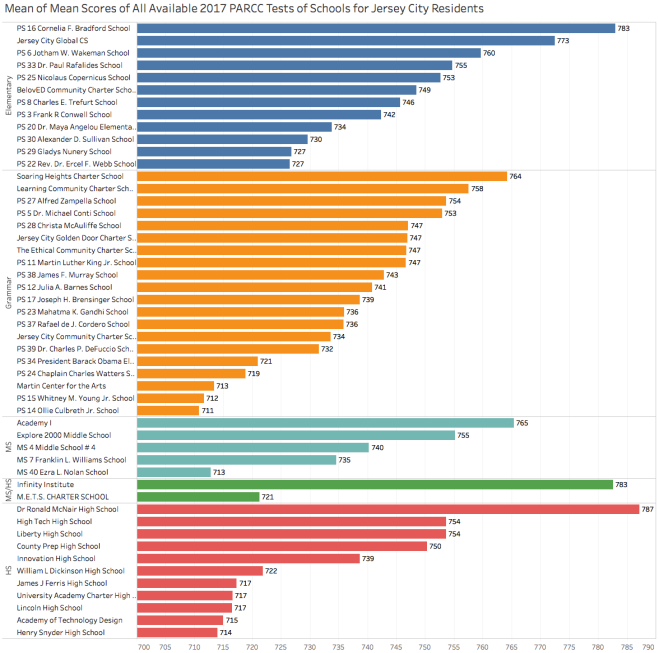 The data represents the average (mean) of the average scores (mean scores) of all PARCC tests for each school.

Because students of schools of different types take different tests, it would be inappropriate to draw definitive conclusions across School Types using this chart. Examples:

Also note that we have reason to believe that the AEP program housed within MS 4 would score more comparably to Academy I (also an AEP program school) if it was evaluated in isolation.  Following the same logic, we suspect that the remainder of MS 4 would score lower if evaluated in the absence of its AEP program.  These conclusions are supported by the relatively high performance of 8th graders taking Algebra 1 at MS 4.